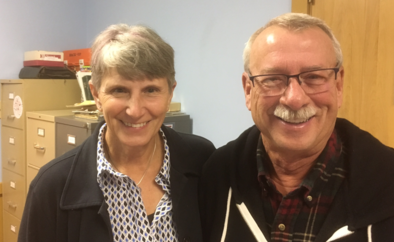 Pastor Bill has "retired" from active ministry, but has served in ministry for 45 years - 19 years at St. John's UCC, Lebanon and 17 at Salem UCC, Columbia. He is a graduate of Messiah College and Lancaster Theological Seminary.

He and his wife, Cheri, reside in Lebanon, PA and have two grown children, Holly & Rich, and four grandchildren.

At a spring congregational meeting, Pastor Bill was unanimously approved as St. Paul's Designated Term Pastor until at least May 26, 2024!